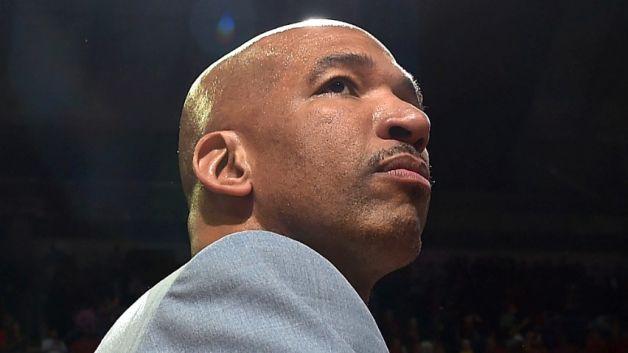 Tragedy befell Monte Williams just a few short days ago when the Oklahoma City Thunder assistant head coach lost his wife to an auto accident.  Tribute to Ingrid Williams has been strong as the loss of this wife, mother, and spiritual confidant has inflicted sorrow to the cities of Oklahoma City and New Orleans, the family of the National Basketball Association, and the Williams inter-circle of family and close friends.  The fans of sport, not only the Association, have lost a precious soul on earth in Ingrid, but in fact, has gained a man in Monte Williams, as a leader of faith and families that all can emulate in our own existence.  Yes, a tough week for all, but in God, as believers know, there is a Master plan.

What others have said about Coach and Ingrid in print and the media the past week tell us that good people do not have to broadcast themselves to the masses to be significant beings on earth. Men like Monte and women like Ingrid do make a difference in everyday life by the way they conduct their business with those they cross paths with in the course of living a life of service.  If not for this tragedy, most of us would have never known of the wonderful man Coach is, would not have known how influential a family figure he is.   We need to get down on our hands and knees and thank him for being a righteous person that displays what is best in the human condition.  Monte Williams is leader of not only men on the court, but men that want to be successful in being the leader of their own families.

I have posted the words of Coach in at the Memorial service of his wife (thanks to the Oklahoman for printing them).  What he has told us is a simple but important lesson on how God, family, and the humanity of man is tied together to form a perfect marriage of goodness, always, even in a time of tribulation.  As we must, to love and be faithful to God and goodness has to include the action of forgiveness.

I’m thankful for all the people that showed up today. It’s a pretty tough time, not just for me but for all of you as well. I’m mindful of that.

“I’m thankful for my family. My children have been unbelievably resilient this past week. All of my relatives who’ve flown and drove.

“Many friends, some people flew in for the day just to spend a few hours with me and didn’t even get that accomplished. But it all is well received by my family and especially me.

“The Bible says in Psalms 133:1, “Behold how good and pleasant it is when brothers dwell in unity.” And I think that’s what we’ve done, and that’s what Ingrid would have wanted.

“During times like this, it’s easy to forget that because what we’ve gone through is pretty tough and it’s hard and we want an answer. We don’t always get that answer when we want it, but we can’t lose sight of the fact that God loves us and that’s what my wife and that’s what I, however badly, exhibit on a daily basis. But God does love us.

“He loved me so much that he sent his son to die for my sins, and I for one know I’m not the man that you guys see every day. And only God could cover that.

“He loved me so much that he gave me a wife that loved every part of me, and she fit me perfectly, and I know different players that I’ve had over the years probably got tired of me talking about my wife. I used to think to myself, “Who else was I going to talk about?” So, that never bothered me.

“Romans 8:28 says, “And we know that God causes all things to work together for good to those who love God, to those who are called according to His purpose.”

“See, back in 1990, at the University of Notre Dame, I had a doctor look me in the face and say, “You’re gonna die if you keep playing basketball.” And I had testing done. Test after test, shipping me all over the place trying to find a way for me to play, and it didn’t work out.

“And I kept that from Ingrid. She knew I was having some tests done, but she didn’t know the severity of the situation.

“And I’m evidence that God can work it out.

“I don’t care what you’re going through. This is hard for my family, but this will work out. And my wife would punch me if I were to sit up here and whine about what’s going on. That doesn’t take away the pain. But it will work out because God causes all things to work out. You just can’t quit. You can’t give in.

“See, the Bible says Satan comes to steal, kill and destroy. And America teaches us to just numb that and it’s not true. But it is true. All you gotta do is look around you. Get outside of these walls and you know it’s true.

“This will work out.

“Now, I’m gonna close with this, and I think it’s the most important thing that we need to understand. Everybody’s praying for me and my family, which is right. But let us not forget that there were two people in this situation. And that family needs prayer as well.

“And we have no ill will toward that family.

“That family didn’t wake up wanting to hurt my wife. Life is hard. It is very hard. And that was tough, but we hold no ill will toward the Donaldson family, and we as a group, brothers united in unity, should be praying for that family because they grieve as well. So let’s not lose sight of what’s important.

“God will work this out. My wife is in heaven. God loves us. God is love. And when we walk away from this place today, let’s celebrate because my wife is where we all need to be. And I’m envious of that.

“But I’ve got five crumb-snatchers that I need to deal with.

“I love you guys for taking time out of your day to celebrate my wife.

“We didn’t lose her. When you lose something, you can’t find it. I know exactly where my wife is.

“Let’s not lose sight of that family that also lost someone that they love.

“I love you guys. I hope I get a chance to hug and shake a hand and give a kiss on the cheek. But let’s keep what’s important at the forefront.