Baylor or TCU are the two favorites to bring home the hardware this season in Big 12 football.  But when we look at the bottom of the well, Kansas is there.  Here is my pre-season look at the conference.

Beaty’s base is Texas High School and as he will try to get players from that high school scene.  Having coached with Mark Mangenio during the Jayhawks last glory season Beaty has spent three years as an assistant in Lawrence and knows what it will take to bring a representative team to Kansas.   He hired Clint Bowen, who has been at KU for most of his coaching career and was the take-over coach for fired Charlie Weis last year, going 1-7 in the final 8 games.  Bowen knows KU and is an outstanding defensive coach that should be a positive for the program. Both HC Beaty and DC Bowen know  what it takes to bring a winner to the school. Yet,  as both also know,  winning football games, especially conference games, won’t be easy.  One conference win such as last year produced is not cutting the mustard off the Hawks beak. Beaty could find himself in a no-win situation if improvement and money are not directed toward the program.  With a solid fan base of 35,000, Memorial Stadium (50,071), the oldest home stadium/field in the conference.  And those facilities won’t draw much enthusiasm from non-hardcore KU recruits.  Beaty, again, banks on Texas as “his” fertile” recruiting ground, and it is a must for him to get some quality players out of the Lone Star state.

From Athlon’s, the KU situation is spelled out:   Last season, the Jayhawks ranked 63rd in the nation in attendance with 37,884 per game at Memorial Stadium. Also, KU is second on the food chain in a state that doesn’t produce many high-level recruits. Kansas is one of the toughest AQ conference jobs in the nation when you factor in the recruiting base, lukewarm support and the fact that no coach since the 1950s has enjoyed sustained success in Lawrence.

With a basement attitude in football, Kansas is destined to live in the bowels of the cellar of the Big 12 football conference. I am sure that many Jayhawk fans can “like” a winner and do care about the program but being “the” weak link, “the whipping boy” of the conference is not a pleasurable place to be. Fact of the matter, KU is a basketball school more than any place in America.  To be an negative Nancy with this program is hard not to do. It is what it is.  To be blunt, KU’s football program stinks.  Beaty knows this deep down under and his challenge is not one to build a solid resume as a head coach. 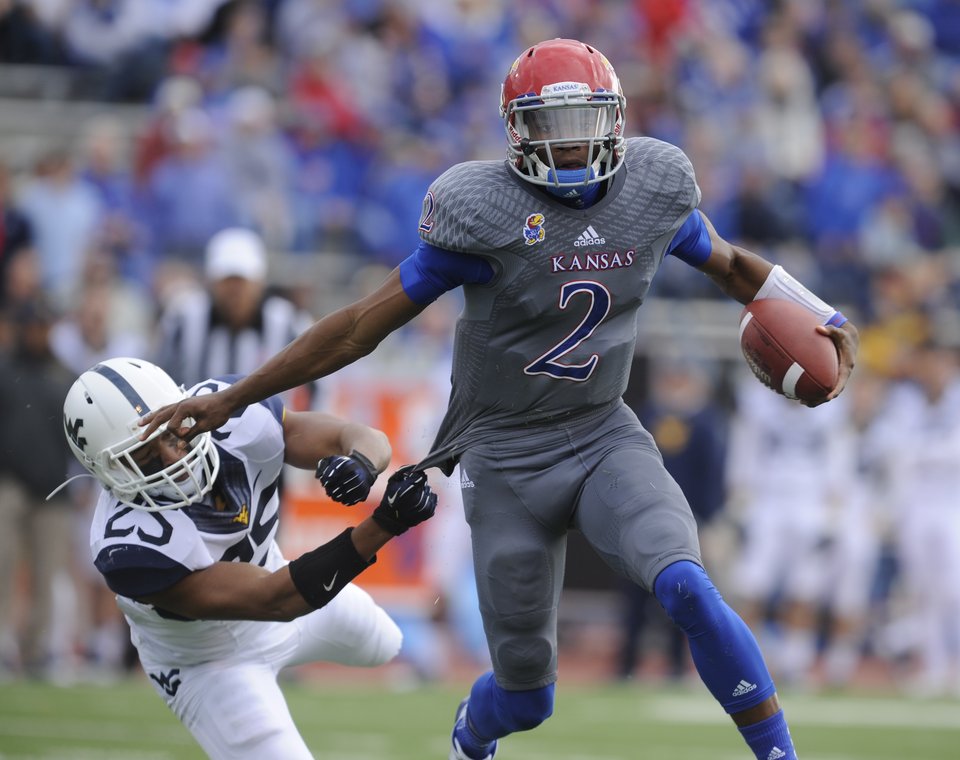 What will Kansas put on the field?

Offense: Nothing is good here.  Kansas is going to be a disaster moving the ball this season.  Lack of players will noticeably show later in the season when injury attrition takes place.  Well, that’s being generous. The Jayhawks will put an offensive on the field in game one that will have severe trouble moving the ball on South Dakota State, a game where they might find themselves an underdog at home against a team one division lower.  I would actually give you some players to watch but being fair, KU has little to offer. Grade:  F

Defense:  With two returning starters, KU will suffer quick and numerous touchdowns scored upon them.  The best defenders from last year, a so-so defensive group, were drafted into the NFL, three of them, and their best returning player, linebacker Jake Love, has suffered from concussions and might be finished.  Not good.  A quality coaching staff on that side of the ball is all that KU has going for itself.  Bowen is capable to disguise his work for a while, but again, don’t look for any miracles here.  Grade: F

Special Teams: Kicking game is atrocious and starters will surly be depended upon to fill-in on kick-offs.  Another way to lose your best players through injury.  Grade: F

Schedule:  Win one will be the call in Lawrence this season.  To be truthful, South Dakota State should be their opportunity but the Jackrabbits have better athletes and a winning program/attitude.  All other games would be lost causes and for KU to pull out a win, say at Iowa State, it would be one of the surprises of the conference season.  KU won’t beat either Memphis and Rutgers in their other two non-conference games.

Record: 0-12, 0-9 in conference.Final Thoughts:  The program has hit rock bottom.  The problem is that there might not be a ladder to pull it up, at least for the near future.  Recruiting is key and good coaching is in place. 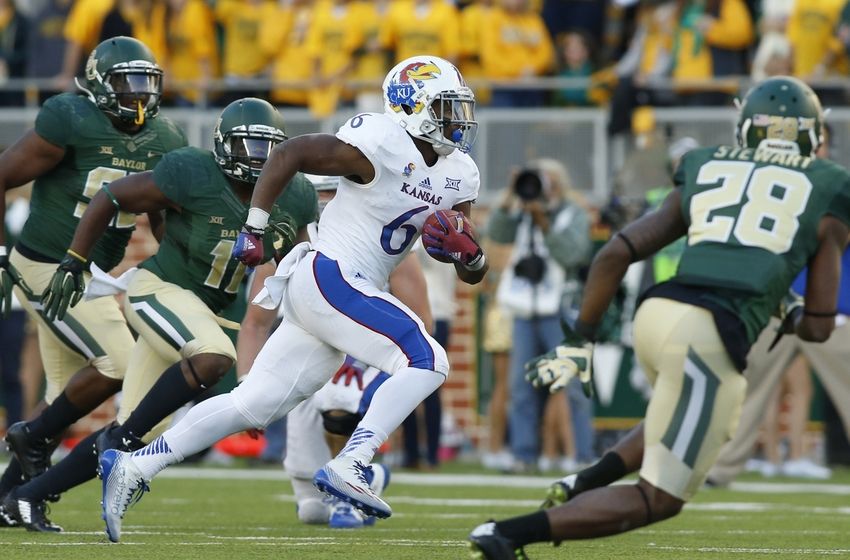